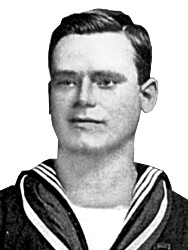 Citation: In action with the relief expedition of the Allied forces in China during the battles of 13, 20, 21 and 22 June 1900. June 13: Seach and 6 others were cited for their courage in repulsing an attack by 300 Chinese Imperialist soldiers and Boxer militants with a bayonet charge, thus thwarting a planned massive attack on the entire force. June 20: During a day-long battle, Seach ran across an open clearing, gained cover, and cleaned out nests of Chinese snipers. June 21: During a surprise saber attack by Chinese cavalrymen, Seach was cited for defending gun emplacements. June 22: Seach and others breached the wall of a Chinese fort, fought their way to the enemy's guns, and turned the cannon upon the defenders of the fort. Throughout this period and in the presence of the enemy, Seach distinguished himself by meritorious conduct. 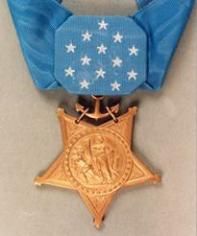